UC LIFE Denmark is an EU supported project, to improve the habitats for the Thick Shelled River Mussel I the Suså river, Odense river, and Sallinge river.

Until recently the Thick Shelled River Mussel was considered extinct. But it was rediscovered in Odense river in 2004 and in the Suså river in 2007. These are still the only places in Denmark where the mussel can be found.

In the Suså in Næstved, Ringsted, Faxe, and Sorø municipalities, the habitats shall be improved, and 40.000 fish will be released. Fish like the Minnow and the European Bullhead.
>> Read more here

In Odense river, in Odense municipality, the barrier at Dalum Paper Factory will be removed.
>> Read more here

In Sallinge river, in Faaborg-Midtfyn municipality, 8.000 fish will be released.
>> Read more here 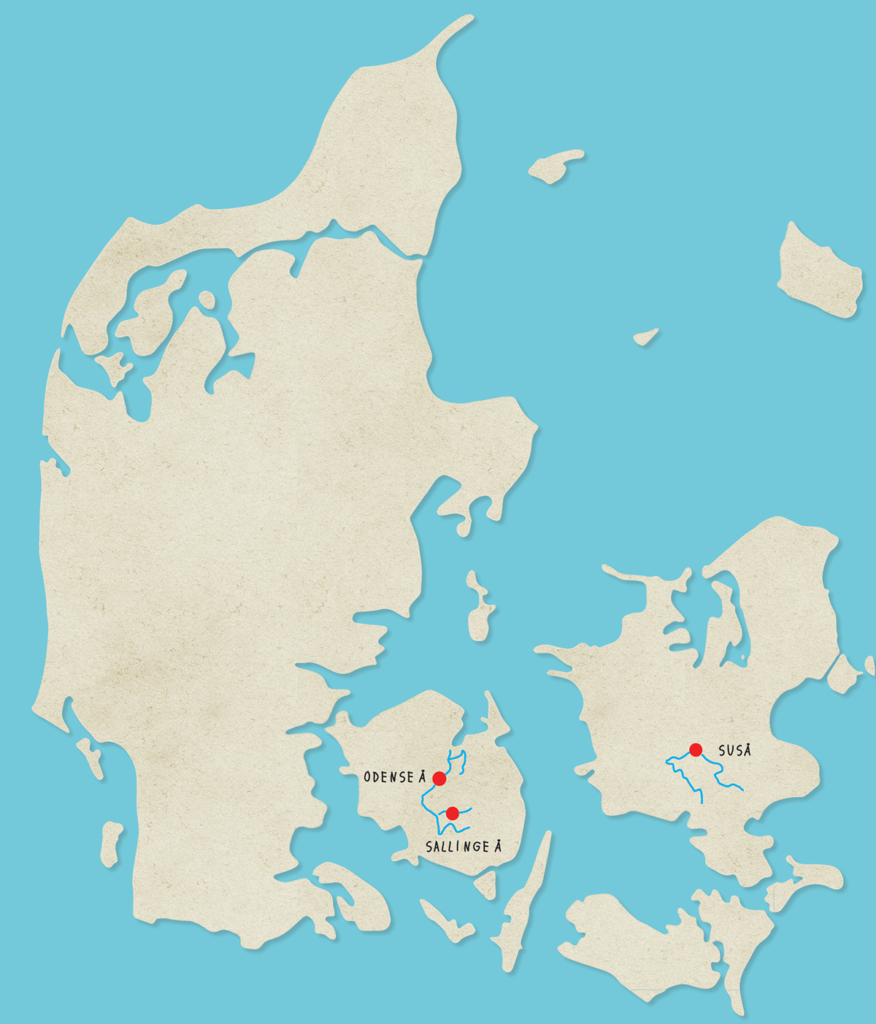 Watch a video about the Thick Shelled River Mussel

…and how the females secure next generation.

This project – LIFE 15 NAT/DK/000948 UC Life Denmark – is partially funded by the LIFE-programme under the EU-Commission.
The contents of this website represent the views of the author only and is Næstved Municipalities sole responsibility; they cannot be considered to reflect the views of the European Commission or any other body of the European Union. The European Commission does not accept any responsibility for use that may be made of this information.

Natura 2000 – Europe’s nature for you. This site is part of the European Natura 2000 Network. It has been designated because it hosts some of Europe’s most threatened species and habitats. All 28 countries of the EU are working together through the Natura 2000 network to safeguard Europe’s rich and diverse natural heritage for the benefit of all.

Design and illustrations by www.fraulill.dk