Why does the EU want to preserve the thick-shelled mussel?
The thick-shelled river mussel is one of the biggest freshwater mussel species we have, and it is currently threatened by extinction. It was until recently thought, that it was extinct in Denmark. The conditions in Torpe canal are is so good however, that a small population of thick-shelled river mussels survived through the years.
As a member of the EU, we are obligated to do our bit, to ensure optimal conditions for the mussels survival in Torpe canal and in the Susås’ upper stretch at Vrangstrup. We are also obligated to protect the kingfisher, houting and otter. Improved living conditions for these species has meant, that they are already on the rise in Denmark, after having been close to extinction for many years.

What kind of animal is the thick-shelled mussel?
The thick-shelled river mussel is one of three members of the big freshwater mussel family. It is one of the biggest mussels in Denmark, with a length of 4-10 cm. Contrary to most other mussel species, the freshwater mussel is either a male or a female. They mate once or twice during the summer. After a few weeks the eggs, which are carried between the females’ two gills, hatch. The small mussel larvae leave the protective environment og the mother’s gills and swim freely out into the river water to find a surrogate mother in the form of a minnow or a freshwater sculpin. The larvae attach themselves to the fish’s gills, where they remain attached for 3-4 weeks, until they have turned into small mussels themselves. The small mussels immediately burrow into the bottom of the river, where they begin their 30-40 year long life. The adult mussels can be found partially buried in the riverbed, in places where the water runs swiftly and the oxygen levels are good.

Why is it so important to ensure the thick-shelled river mussels’ survival in the Suså river?
The last habitat for the Zealandish river mussel is the Suså river system. The mussel has had to endure badly treated wastewater for many years, and there are only very few mussels left in the whole of Denmark. With this project, we hope to strengthen the surviving mussel population to a viable population. The mussel even has the ability to live off of edible particles it filters from the water. This means, that the mussel helps remove unwanted particles from the water in the Suså river, that could potentially harm other river animals.

Where is the mussel?
A large part of the mussel is buried in the pebbles and sand of the riverbed. Only 1/3 of the 8-9 cm long mussel is visible in the water. The mussel lies on the riverbed and feeds on edible particles which it filters from the river water, hereby cleaning the water in the process. The mussel survives best in places where the water runs swiftly, isn’t too warm and therefore also rich in oxygen.

Why must there also be fish?
In connection with their breeding, the mussels are dependent on having a surrogate mother in the form of either the, on Zealand, very rare minnow, or the freshwater sculpin, which is extinct in Denmark.
The newly hatched mussel larvae attach themselves to the gills of precisely these two species of fish. They remain attached to the gills for 3-4 weeks while they gather enough strength to produce two shells, and then start a new life as real mussels on the bottom of the riverbed. If the larvae do not find a surrogate mother within the first few days after hatching, they will die. Therefore the presence of the sculpin and the minnow is crucial for the thick-shelled river mussels’ spawn development and spawning success. The mussel would go extinct within a few years without these fish. 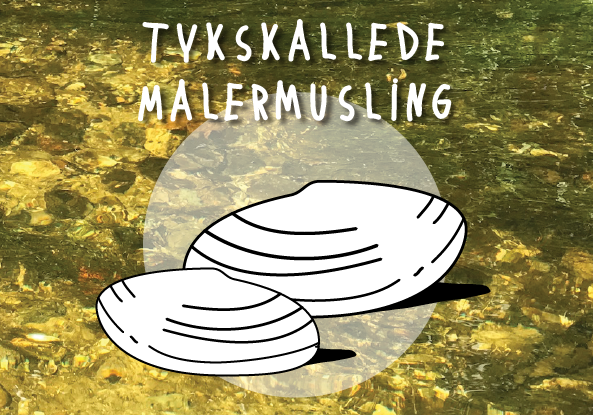 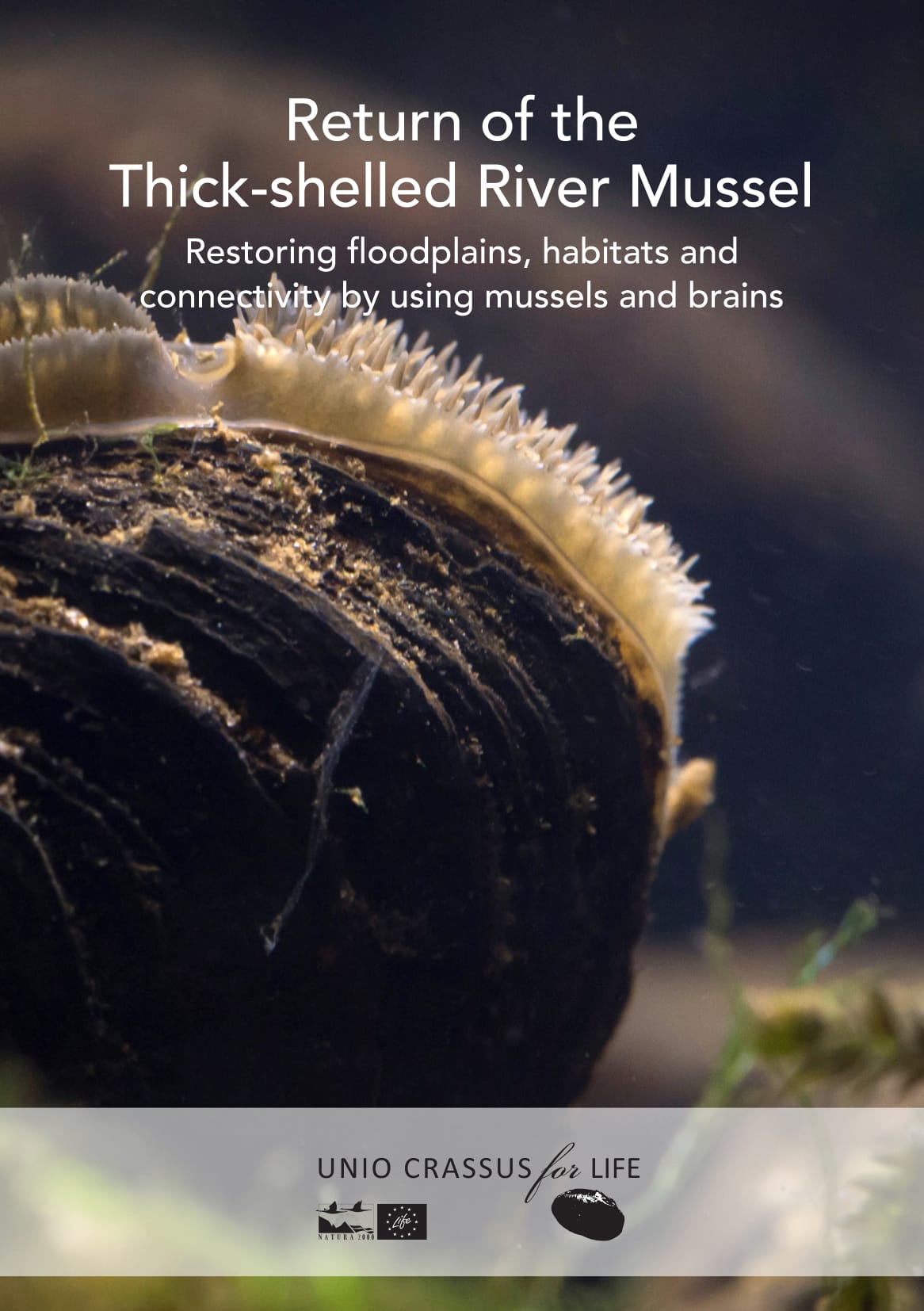